10 Ways to Avoid Fighting with Your Teen 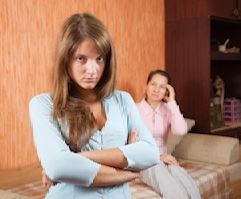 When you’re raising a teenager, your house can feel like a war-zone that’s scattered with potential land mines masquerading as casual questions. Every interaction can feel like it has the potential to blow up in your respective faces, leaving parents wondering what the safest course of action is in terms of avoiding an argument. During the tumultuous teenage years, these are 10 of the most reliable ways to avoid fighting with your child.

Making a concerted effort to foster an open, honest relationship with your teen can make it easier to avoid the worst arguments, but the occasional disagreement is pretty much par for the course. Rather than dwelling on an argument after it happens, try to think about how you could have handled it differently so that you can apply that knowledge the next time negotiations become tense.