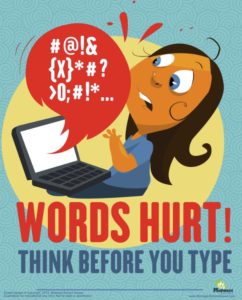 Bullying has existed since the beginning of time. But today the internet and mobile devices have made bullying even easier. Bullies are no longer limited to just verbal or physical bullying. Text and online bullying have become a serious problem among adolescents and teens.

According to School bullying statistics in the United States:

As part of National Bullying Prevention Month, AT&T has compiled a list of apps designed to help protect children from bullying and to create awareness around the problem.

Disclaimer: I don’t endorse any products on my blog site, nor am I financially compensated for posting them. All products are represented by reputable companies and it’s up to the consumer to make their own decisions on what’s best for their individual needs.