Are You Compulsive About Texting & Driving? New Survey Says You Could Be 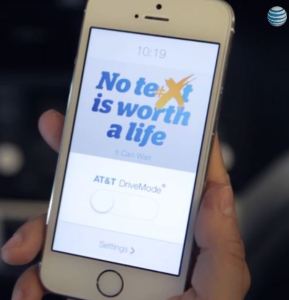 AT&T announced the results of a survey it commissioned with tech addiction expert Dr. David Greenfield that found the ring, beep or buzz of your cell phone triggers compulsive cell phone behavior.

According to the study, twice as many people as self-reported cell phone addiction are showing compulsive phone behaviors – with 74 percent of people admitting to at least glancing at their phones while behind the wheel.

The study, fielded as part of the Texting & Driving … It Can Wait® campaign, was released as AT&T focuses on helping people find ways to resist the urge to text and drive at a potentially deadly moment of temptation:

While over 90 percent say they know texting and driving is dangerous, many rationalize their texting-and-driving behavior—a classic sign of addiction, according to Dr. Greenfield. Nearly three-in-ten said they can easily do several things at once, even while driving. “However, many objective studies show that’s not possible,” says Dr. Greenfield.

According to the research, those who are most likely to text and drive are also the most likely to take steps to stop. And 82 percent of people who take action to stop texting and driving feel good about themselves.

Since its launch in 2010, the It Can Wait campaign has inspired more than 5 million pledges to never text and drive, and more than 1.8 million downloads of the Android and Blackberry versions of the DriveMode app. But more work needs to be done to help end texting while driving. To learn more about It Can Wait, please visit www.ItCanWait.com.

The AT&T DriveMode app is available for free on the App Store for iPhone or at www.AppStore.com.