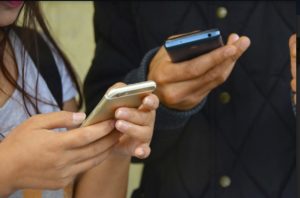 Students and industry come together to celebrate student voice and digital leadership in social media.

(San Francisco, CA – March 12, 2018) – On Monday, September 17, 2018, #ICANHELP will host the second annual #Digital4Good event in San Francisco, CA and it will be live streamed to a global audience. #Digital4Good will be a major gathering of highly-engaged students, industry, and educators that are focused on empowering positive tech and media use–digital for good. This exciting event will celebrate student voice and digital leadership, featuring a fast-paced mix of presentations, panels, videos, and the first ever #Digital4Good awards. Unlike typical youth recognition, the #Digital4Good awards are nominated by students for students.

#Digital4Good is being spearheaded by #ICANHELP, a non-profit organization committed to empowering students to play an active role in improving the online environment. The event on September 17th is #ICANHELP’s second national event, and is meant to raise awareness of the power of student voice for social good in social media. Co-founder Kim Karr explains that, “#ICANHELP has worked with thousands of students to be the digital change they want to see. This is an unprecedented opportunity to honor students, showcase the power of student voice and empower even more students to be a positive influence online.”

Kicking off the campaign this year is the music video produced in collaboration with musician Lisa Heller. Serving as an #ICANHELP ambassador, Lisa worked with students to plan and film the music video at #Digital4Good in 2017. “I’m excited to partner with #ICANHELP in promoting positivity online,” said Lisa. “Hearing the student stories at Twitter this past fall was powerful. It was students inspiring students, and that is what ‘Light the Fire’ is all about.” 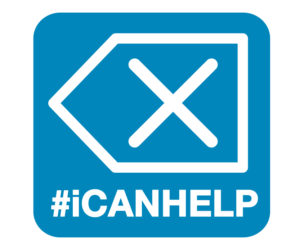 In addition to bringing students together to share their stories, #ICANHELP is thrilled to be offering the first #Digital4Good awards. “We are soliciting nominations for the awards, which we’ll present at the event,” says co-founder Matt Soeth. “Our goal is to recognize and grow awareness of the great work students and schools are doing, as well as show that there is so much good happening in social media and bring it to light. The focus is always too much on the negative, and we have some amazing youth out there making a difference. We want students to inspire students to be digital leaders.”

The form to nominate students for the first annual #Digital4Good awards can be found here. Nominations will be accepted till April 30, 2018.

More information can be found at icanhelpdeletenegativity.org.