Do You Know What Your Teen Is Really Doing Online 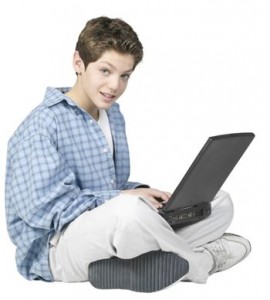 Until fairly recently, keeping track of your children’s friends meant knowing who they were hanging out with, who was coming over, and where they were going. With a portal that links to virtually every person in the country now in their pockets, monitoring your children’s acquaintances and interactions is next to impossible. Beyond fulfilling their duty to provide for their children, parents are instrumental in developing positive, proactive, and empowered citizens of the world. not the least of which can be other children that they – and you – already know.

As the Internet becomes less and less compartmentalized, the scattered and loosely organized activity becomes harder and harder to monitor and trace.

One report details the phenomenon of digiphrenia, a type of multiple-personality disorder that is almost necessary in the modern digital age. As social media spreads our lives thinner and thinner across more and more platforms, people – specifically children who are still learning self identity – live vicariously through their online profiles. Because they have different formats, we tend to adopt different “personalities” on Twitter and Facebook, often exaggerating or understating the actual realities of our lives.

For children, trying to exist in several incarnations at the same time can lead to identity distortion and reckless behavior or bad judgments that the “real” them would have avoided.

Bullying has been around as long as children have been in groups, and although we’re more acutely aware of it now, the digital age has given bullies for the first time ever the tools of anonymity and perpetuity. He or she can conceal their identity, and his or her victim can never get away.

Imagine if every time you were hurt or humiliated as a kid at school, it was broadcast for the world to see in high definition video – over and over and over. When you left school, you left your bully behind. Now, they and their minions follow your children in their laptops and smartphones, granting them no reprieve and nowhere to turn for solace. Add the reality of sexting and sexual pictures and videos, and one moment of bad judgment, naiveté, or trusting someone they shouldn’t have can decimate a child’s entire existence. Inappropriate photos move at the speed of light across the whole school.

The online age is a brave new world of technology, communication, and progress. It has also ushered in a difficult and serious range of problems trying to protect vulnerable and naive children. Knowing what your children are doing online is imperative and difficult. The most important weapon you have to knowing your children’s online behavior is knowing your children.

Contributor: Andrew Lisa is a freelance writer living in Los Angeles. He writes about Internet protection and time tracking software.