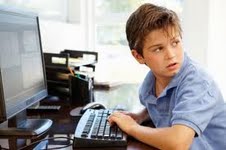 Despite problems in recent months with its initial public offering (IPO), Facebook still sits on top of the mountain when it comes to social media. As a result, millions of young people find themselves with social media accounts on the world’s social networking leader, begging the question: How young is too young to have an account?

As one child-privacy advocate sees it, the Federal Trade Communication (FTC) and Congress should consider making it so that Facebook creates a section for children under 13 and requires opt-in parental permission.

How comfortable would you be as a parent letting your young child peruse all Facebook–or any other social media site for that matter–has to offer? Would you trust your child’s instincts to know right from wrong, worry that someone who means them harm could come in contact with them, or be concerned they would spend too much time on this type of site?

It is important as a parent or just someone that is concerned about a younger relative, student, or friend, that you remind children why Internet age limits exist in the first place.

Remember, there is a reason individuals are not allowed to drive until a certain age, have their first alcoholic beverage until a specific age, or serve in the military until they reach a particular age. Even though being on the Internet at a young age can seem harmless, there are dangers out there in cyberworld that await kids without the proper securitysystem in place.

As Facebook and billionaire owner Mark Zuckerberg sees it, given the fact that millions of children under the age of 13 already have illegal Facebook accounts, allowing them to sign up legally (with their correct ages) would give the social media giant the ability to put in place stricter privacy controls for those in that age range.

That being said, some social media experts believe tighter privacy controls are not exactly on Facebook’s economic agenda.

As of late, Facebook has been trying out means whereby kids under 13 could be on the site without lying about their age, most likely under parental supervision. Once such way being discussed is having children’s accounts linked to their parents’ accounts.

In the meantime, do you monitor your child’s time on social networking sites? If not, do you worry that trouble is lurking on the other side of the screen?

About the author: With 23 years of experience as a writer, Dave Thomas covers a wide array of topics from online security to identity theft.