It Starts At The Top: Adult Bullying 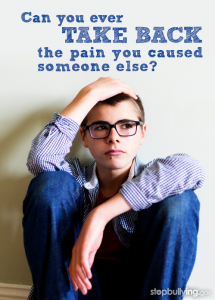 I recently wrote about Grownup Bullying and Monster Moms and the response was overwhelming.

It was the same when I wrote about Adult Bullying: Harassment By People You Respect.

I am confident that everyone that reads these articles knows someone that has been a victim of an adult bully or a grownup that simply is not nice, or maybe they were the brunt of cruelness at one time.

Many people know my story and why I am so passionate about this  topic.

As both a victim and a survivor of cyberbullying, I personally understand the deep dark hole you live in when you are attacked. I wasn’t attacked as a child, I was attacked when I was in my 40s. Yes, I was beaten down by grown-ups online and within weeks more joined in a cyber-slamming party against me.

I know as an adult the emotional toll it took on me, I know the response I had when I went public with my story back in 2006 when I won the landmark case for Internet defamation and invasion of privacy and again in 2009 when the book was released.

There are literally thousands of adults (or more) that are suffering from cyberbullying or taunting online and off —  I am sure.

We continue to educate our kids about being upstanders and implement empathy, however I think we need to start at the top.

If parents aren’t walking the line, we can’t expect the kids to.

More needs to be written about adult and grownups that harass others.  How they act online and their behavior in front of their children.

When I wrote Facebook Is Not A Diary, it was about a mother that acted like a child online.  It was a wake-up call for parents that you can’t expect your kids to act one way when you are acting another.

In my article regarding the Monster Moms, I have watched Dance Moms on Lifetime, only a few times to know that these mothers are far from role models we want our kids to imitate.

Then you surf over to TLC and you have Cheer Perfection and Toddlers and Tiara’s, these parents should be ashamed of themselves – but do they consider it “supporting their child” as Kelly Karius shared with us in No Such Thing As A Bully?

Many are poking fun of Honey Boo Boo, and I get it, but in reality, they aren’t harming anyone, they aren’t harassing anyone — they simply prefer to live their life the way they do. It may not be the way others agree with, but they seem to be happy and they aren’t forcing it upon us.

Parent, teachers, coaches, and all grownups stop and think of who is watching you.

For those of you that have never watched Dance Moms, watch with caution – you will witness grownups acting outrageous in front of children.  How do we expect these children to act when they are on their own with these adults as role models? Scarey thought in my opinion.