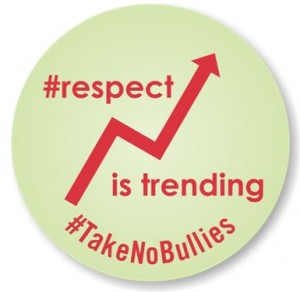 Even though October is National Bullying Prevention Month, not everyone is getting the memo. Tragic news continues to surface following Rebecca Sedwick’s tragic suicide in Florida last month. Just last week, Jordan Lewis, a 15-year old boy from Illinois, committed suicide, leaving behind a note stating he was tired of life and overwhelmed by the incessant bullying he experienced at school. In response, Jordan’s father posted a video with the plea, “People have to stop treating other people the way they do, because some people just don’t have the strength to overcome the humiliation, the continuation of being picked on constantly, every day, to the point that they have no outs.”

There are a number of ways that parents can be involved with their teens so they don’t have to go through the pain and suffering that Brian Lewis has endured since his son’s suicide.

A universal tenet of effective parenting is to provide children with the tools and opportunities to be successful beyond their youth. This requires parents to strike a delicate balance between being hands-on and also allowing ample breathing room for kids to learn on their own. Sometimes, sharing experiences with your children enhances their development and your overall relationship.

There are numerous examples of positive parent-child collaboration. A mother in Tipton, Iowa took matters into her own hands after it became evident that the leadership at her son’s high school wasn’t responding to the bullying that influenced her child’s attempt to end his own life. Jacob Stallman was not instantly enthusiastic about his mother creating the “Tipton Against Kids Being Bullied” Facebook group, but, as they worked together, he began to see the positive impact their initiative had on other victims of bullying. In fact, these efforts have now reached a nationwide audience. Jacob’s mother explained, “To see where he was one year ago, thinking of ending his life…to go through bullying, to have everything part of him being exposed and to build up from that, to be able to be a stronger person but also in mind wanting to help others, he is a wonderful kid.”

Beyond fulfilling their duty to provide for their children, parents are instrumental in developing positive, proactive, and empowered citizens of the world.

Contributor:  Mike Miles manages social media at SmartSign, a New York City based ecommerce sign retailer and creator of #TakeNoBullies, an anti-cyberbullying and digital responsibility campaign. Mike is passionate about writing, digital citizenship, and advocating for a safer internet.