Perils and Possibilities: Growing Up Online 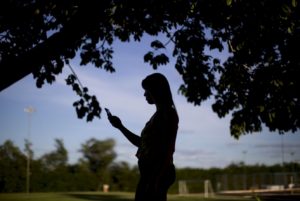 UNICEF released their report Perils and Possibilities: Growing up online, based on an international opinion poll of more than 10,000 18-year-olds from 25 countries, revealed young people’s perspectives on the risks they face growing up in an increasingly connected world.

The new report  that shows online violence and exploitation is a reality in the lives of children worldwide, but many are not provided with resources and knowledge to protect themselves. Children from very poor communities, such as in the Philippines, Madagascar, El-Salvador and Brazil have been targeted by adult offenders through the internet.

There are a number of interesting findings;

Let’s dig a bit more into this report.

More than half, (53%) of  the 10,000 18 year-olds that were polled around the world strongly agreed that online dangers exist.

Despite recognition that dangers
exist online, nearly nine out of 10
adolescents think they have learned
how to protect themselves on
social media and know how to avoid
dangerous situations while using the
Internet.

Whenever you are being harassed or bullied online, especially if virtual violence or otherwise is involved, being able to tell someone is imperative. With younger people we encourage them to tell their parents, however we know at times this can be difficult. They fear their will lose their online privileges or not be taken seriously.

Today sexting is considered the new flirting. So if you share flirty pictures with your boyfriend or girlfriend keep in mind, those images will typically have a life span longer than the relationship. If you simply look at the divorce rates today, 40% of first marriages end in divorce, while 60% of second ones end that way — the promise of a young relationship may not be long lasting. Don’t assume your sexy images will be kept private even if your friend makes a promise they will be — once there’s a break-up, all bets are off. It’s why we see the rise in revenge porn and sextortion.

To engage children and adolescents in ending violence online, UNICEF is launching #ReplyforAll, which is part of its global End Violence Against Children initiative. #ReplyforAll puts adolescents’ front and centre as messengers and advocates to keep themselves safe online. Children and adolescents will be asked to give their advice on the best ways to respond to online violence or risks and to raise awareness among friends through social media. This work has been supported by the WePROTECT Global Alliance, which is dedicated to ending the sexual exploitation of children online through national and global action.

UNICEF, together with the WePROTECT Global Alliance, is calling on national governments to establish coordinated responses between criminal justice systems including law enforcement, and child welfare, education, health and the Information Communication Technology (ICT) sectors, as well as civil society, to better protect children from online sexual abuse and exploitation.

For more information about UNICEF and its work visit: www.unicef.org