Prevention and Tolerance: A Counselor’s Guide to Bullying 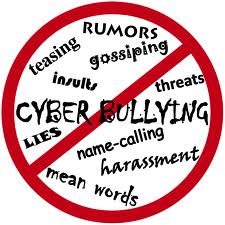 As long as there have been young people, there have been bullies. However, in the past decade the rise of the Internet and video channels such as Youtube have brought a new immediacy to the issue of bullying, which unfortunately affects so many children and young adults in this country. Images of young people being victimized by violence–and stories of the often tragic result of this harassment–have captured the public’s attention, while the media campaign known as “It Gets Better” and the forthcoming release of the film Bully have kept the issue in the national conversation.

Bullying is many things to many people, but the generally agreed upon definition, as formulated by Dan Olweus, a pioneering researcher on the subject of bullying, is aggressive or threatening behavior that a) is intended to cause harm, b) occurs over an extended period of time, and c) reflects an imbalance of power between the involved parties. Bullying can take many forms; it can also affect all types of people, from the stereotypical “geek” to the most popular kid on campus. There are steps that schools, communities, and individuals can take to combat bullying, one of which is simply addressing the problem. As more research emerges, it’s becoming clear that anti-bullying measures can work. And in many cases, these measures might make a real difference in the life of a child.

Most of us have seen the shocking images: children beaten up while bystanders do nothing to intervene, instead filming the whole scene on a cell phone camera. Other news stories show young adults who have changed schools or, in the most extreme cases, taken their own lives because of persistent harassment from their schoolmates. Almost everyone has experienced bullying at one time or another, if not as a participant then as an observer, and if not an observer a victim. But the videos that have made the rounds on the internet and the nightly news have caused both young people and adults to take notice.

The facts about bullying are stark: a 2009 survey of high school students showed that 20% of high school students reported being bullied on school property in the twelve months preceding the survey. Schools themselves also reported widespread bullying: 25% of them dealt with bullying on a weekly or daily basis in the 2007-2008 school year, with middle schools reporting the most. Boys are slightly more likely to be victimized by bullying than girls, and more likely to suffer from physical bullying than girls. So-called cyber bullying was reported by about 4% of students in 2007, but most reports show that the vast majority of bullying still occurs on school grounds. Students who identify as lesbian, gay, bisexual, or transgendered (LGBT) seem to be at particular risk. One study of 7,261 students in 2009 found that nearly 85% of LGBT students reported being verbally harassed, 40% reported being physically harassed and 19% reported being physically assaulted at school in the past year because of their sexual orientation.

When we think of bullying, we often think of lunch money thieves and schoolyard brawls, but in fact the most commonly reported form of bullying is more subtle but mistakenly benign — that is, teasing, name-calling, and insulting words. In other cases, bullies might spread false rumors about their victims, exclude them from activities, destroy or damage their property, or make threats against them. Rising in stride with the emergence of social technologies, cyber-bullying – the newest form of bullying – includes spreading internet rumors, sending threatening or negative text messages, and making unwanted contact on social media sites.

All bullies and victims are unique individuals, but there are some personality traits and life circumstances that members of each group tend to possess and place them at heightened risk to offend or become a victim. For example, children who are bullied are more likely to be perceived as being different from their peers. This can mean anything from one’s socioeconomic background, to wearing unfashionable clothing to identifying as LGBT. Those victimized are also often depressed, isolated, and less ‘popular’ than others. Occasionally, they are seen as provoking, annoying, or anti-social. Unfortunately, the bullying can exacerbate these qualities as the victims internalize the negative messages of their tormentors.

On the other hand, those doing the bullying tend to fall into two categories. Some are deemed ‘popular’ by the social standards that abound and, as popularity suggests, they appear to have many friends. In these situations, the perpetrator uses bullying as a way to preserve his or her social stature. In contrast, some bullies are socially isolated, withdrawn, exhibit aggressive tendencies and are less involved in school. Bullies in either category often have problems at home or may not experience the benefits of constant and positive parental involvement; they may have had previous instances of aggressive or violent behavior; they may have friends who also participate in bullying behavior.

Many anti-bullying programs are at least partially based on the work of the aforementioned Dr. Olweus, whose research-based program has been reported to reduce bullying by half. The Olweus program, and others like it, encourages school- and community-wide involvement, regular self-assessment by schools and school districts, open communication between students and authority figures, and support for bullies and victims.

One of the most important steps in the Olweus program is laying a foundation for positive behavior, tolerance, and mutual respect. This can be achieved in part by developing a code of conduct with input from students, teachers, and the administration, then being consistent with consequences for bullying behavior. Values such as fairness, personal responsibility, kindness, and empathy should be taught and explored through the classroom curriculum as well as through school-wide activities and assemblies.

Another critical component of the program is early intervention. Staff should be trained to be vigilant and recognize signs of bullying or aggressive behavior. They should intervene immediately when an incidence of bullying or violence occurs. Bullies and victims, once identified, should be given support from school staff, especially counselors and teachers, so that the behavior is addressed and not repeated. To drive this point home, family counseling may be in order as well.

There are no easy answers to the bullying problem that our schools are currently facing, and, sadly, it is too little too late for many who have already been made victims by bullies at school or online. Moving forward, however, it is becoming clear that increased awareness of the problem and increased media exposure detailing the full extent of the problem can help catalyze schools to take steps in a positive direction. As psychologist Richard L. Gross has written, “We are all either bullies, bullied, or bystanders.” In other words, each of us has a role to play in bullying prevention and from a counselors perspective that includes making it known to students that when they see it occurring, they must notify the proper school authorities. Otherwise, it’s likely that the cycle of violence will continue unabated, and more children will fall victim to the senseless cruelty of this national epidemic.

For more information and resources about bullying visit:

Other resources for this article: