Should Parents Read Their Teen’s Texts? 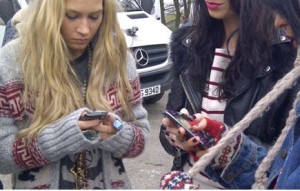 Let’s take this a step further, when should parents read their child’s journal or diary?

Many are reading this and saying — NEVER!

However, if you are concerned about your teen’s behavior (or child) and something doesn’t seem right, he/she is not communicating with you, isn’t there a time when safety trumps privacy?

It’s a parent’s responsibility to keep their child safe, if they suspect their teen is struggling – do you figure it’s just adolescence and  hope they grow out of it? Some parents tell me – “teens will be teens or boys will be boys” but what happens when things go very bad?

What are some of the warning signs that may prompt you to cross this line?

This may be an extreme example, but recently Diane Sawyer aired a powerful interview with Sue Klebold, the mother of the infamous shooter, Dylan Klebold, of Columbine.

“I felt that I was a good mom… That he would, he could talk to me about anything,” Klebold continued. “Part of the shock of this was that learning that what I believed and how I lived and how I parented was– an invention in my own mind. That it, it was a completely different world that he was living in.”

After 16 years she is speaking out. What can we learn from her. No one expects their teen to wake up and shoot-up a school. No one believes their teen is going through a darkness that brings them to a point of such destruction they not only take their life – they destroy the lives of hundreds of others.

As this mother tells Diane Sawyer, there came a time when she stopped prying into his stuff. She felt he deserved his privacy. She was also dealing with an older sibling that was using drugs. She wasn’t making excuses – however like many parents, people hope this is teen behavior that will pass.

Today, not only are teens dealing with offline peer pressure, they have the combination of online social peer LIKE-ng. Keeping up with the social status of where they belong and who is saying what about them. Teen cyberbullying is overwhelming today – 16 years ago, kids were mainly dealing with the schoolyard bullies (which are also bad) however today it’s compounded with going viral.

Let’s go back to the title of this blog post. Should you read your teen’s text messages?

Only you can answer that.