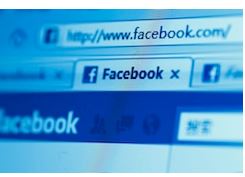 This is a question that has been lingering for the past couple of years.  We know that kids under 13 are joining, but should they be?

The brave new world of technology has expanded so far that even your grandmother may have an account on the social networking clearinghouse that is Facebook. The fact that your elderly relatives have adopted Facebook, however, doesn’t mean that your child is ready to tackle the social media giant. When your tween is pleading with you for permission to start a Facebook account and swearing that all of their friends have them, these are 10 of the reasons why you might want to stick to your guns and continue to ban the site for a few more years.

If you still think that your preteen is mature and trustworthy enough to have a Facebook account without getting into trouble, the decision is up to you. Be warned, however, that your child could find all of her hard work tossed to the wayside if Facebook administrators discover that she’s maintaining an account before she’s reached the age limit set in the terms of use and decide to delete the account.