Slut Shaming: Another Form of Bullying 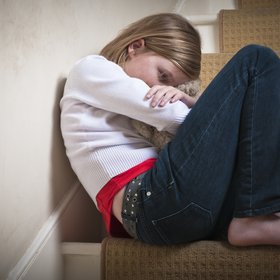 As I continue to write about bullying and cyberbullying, it never ceases to amaze me how many different ways people have discovered to hate others — whether it is on the playground or online, peer cruelty doesn’t seem to have any limits or boundaries.

The irony of it is I read so much about youth bullying, and I don’t want to diminish that it is an important issue — but the fact is adults are not only victims of harassment, they can be the perpetrators too.   Yes, the very people that should be our children’s role models (sports figures, celebrities, politicians, teachers, elders, etc… people we should respect) can be the direct people that are acting like children online or otherwise.

We have heard the stories of fat shaming, face shaming, parent shaming (moms judging moms), family shaming, cyber-shaming and last year I read more about the ugliness of slut shaming.

The UnSlut Project, founded by Emily Lindin, is about giving young girls a voice — a voice that Emily herself offers to girls across the world that are sexually bullied.  Once a victim of slut shaming, she knows she was fortunate that she decided on her darkest days – not to take her life.

Others, such as Amanda Todd and Audrie Potts, were not as fortunate.

Being bullied in any form is cruel.  Sexual bullying is only yet another form of cruelty that youth have no control over.  Like the telephone game, before you know it, the girl has slept with the entire football team or school for that matter — and has no way to defend herself.

The UnSlut Project is currently crowd-funding for their documentary “Slut: A Documentary Film.”  In 2013, Halifax teenager Rehtaeh Parsons took her own life after being raped and ostracized by her classmates. Through the stories of four women who overcame various sexual shaming, this film explores how we can work toward a world where the word “slut” doesn’t even make sense as an insult.

Most everyone agrees bullying and cyberbullying needs to stop.  Education and awareness it the key to prevention.  The more you know the more you are able to be part of the solution.

Be a part of making a difference by contributing in sharing this awareness.

Here are some suggested tweets/Facebook posts for spreading the word:

Why does the word “slut” even make sense as an insult? Let’s fix that. This film is a good place to start! http://www.seedandspark.com/studio/slut-documentary-film #unslut

I just contributed to the “Slut: A Documentary Film” campaign! You can, too:http://www.seedandspark.com/studio/slut-documentary-film #unslut