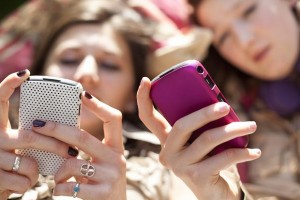 As social networking is growing not only with our youth, but with our adults too, it’s time we start talking about some bad habits that started early in the social media years and try to undo these unsafe social practices.

Social media shows no signs of slowing down any time soon, and likely will just continue to gain speed and momentum as it appeals to younger and younger audiences; however it can’t go unnoticed that the values it’s teaching our children sometimes can be less than ideal, especially in regards to unsafe internet habits. As social media becomes more prevalent, so do our kids apparent lack of regard to what is considered oversharing and what isn’t. Social media has made it completely acceptable to engage in the following less-than-safe behaviors:

1. Checking into places – It’s become commonplace to check into places once you get there; whether it’s the gym, a restaurant, or even a different city or state from the one you reside in, you’re now able to post onto your social media sites where you are, and are even rewarded with badges for checking into places regularly. However while the badges and upgrades to “mayor of the city” may make kids feel cool, it’s also alerting anyone and everyone that they’re not at home and where you can find them, something that seems less than stellar from a safety standpoint. Learn how to turn-off your geo-tagging.

2.     Posting provocative and risqué photos – Scantily clad pictures, pictures showing drug and alcohol use, and pictures of people in risqué circumstances routinely grace Facebook walls, get uploaded to Instagram, and find their way onto Twitter. All this does, however, is encourage risky behavior, prompting teens to engage in it and even challenging them to outdo their friends,as well as appealing to predators with questionable motives, making it easy for them to identify easy targets. Your online reputation will affect your future.

3.     Putting your address, phone number, and email address online – While this type of information may be posted innocently for friends and family to easily find, kids tend to forget that the internet is not a private forum, it’s very public. Posting this information makes it easy for scammers, spammers, and predators to prey on unsuspecting victims, which is why this information should never be made publicon the various social media websites.

4.     Demeaning others – Bullying others online has become the new social norm. This kind of cyberbullying has had an overwhelming effect on kids, leaving them feeling depressed and hopeless. When kids are unable to achieve any respite from the constant demeaning of their peers the effects can be monumental, with self-mutilation, uncontrollable anger or depression, and even suicide or harming their peers being the fallout.

5.     Encouraging hazardous games – Remember the choking game that encouraged kids to hang themselves to get high? These types of dangerous games are a result of social media allowing them to spread like wildfire, and the results are often tragic because kids don’t realize how dangerous they really are until it’s too late.

Social media, while it is many wonderful things, has its drawbacks as well. The younger the audience allowed to interact on it, the more unsafe it becomes, especially because they don’t yet understand that for every action there can also be a tragic reaction. This is why it’s imperative for parents to be vigilant in teaching their kids safe internet habits and to monitor what their kids are doing online.