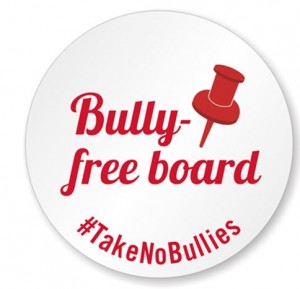 It’s common sense that parents should have more wisdom than their children, but many teens won’t admit it; kids’ access to the digital world has granted them an information pipeline, although that doesn’t always translate into knowledge.

Different decades are not the only object of separation between the eras in which kids and their parents’ grew up. Mention a slide rule to a child and they’ll likely think that their parent is speaking Greek; on the other hand, many adults today are unable to decipher the technology their kids use and the social media jargon they fling around. To kids, the internet is just another forum to communicate with friends and classmates, but it presents the same dangers of bullying, stalking, and harassment that offline life does.

It’s a cause for concern that some parents have an incomplete picture of how social media shades into their child’s in-person social life, especially when it comes to bullying. However, all parents can relay positive messages to their teens to ensure they have a safe and bully-free online experience.

When it comes to combating bullying, studies show that broadcasting positivity is much better received by children than negative messages. #TakeNoBullies, an anti-cyberbullying and digital responsibility campaign, has taken this theme to heart. By developing slogans that encourage teens to think twice before posting a status on Facebook, or to reconsider tweeting insulting and potentially damaging words, the messages tap into the root causes of bullying and harassment on social media. Teens and parents alike are encouraged to use the #TakeNoBullies dialogue as a way to forge their efforts in curbing bullying. Even though parents and teens don’t always speak exactly the same language, working towards a social media experience without a bullying footprint is beneficial for everyone.

Online bullying doesn’t recognize boundaries – it can happen at any time. As far as unwarranted, recurring harassment goes, social networks are today’s schoolyard. Like teasing in the locker room or the lunchroom, posting offensive photos on Instagram can hurt a teen; so can someone liking or commenting on a derogatory Facebook status. The same goes for Twitter and Tumblr. Because social media is inherently visually oriented, #TakeNoBullies crafted stickers and buttons to remind teens that bullying does not belong in the digital world. Each design hones in on specific networks, speaking to their respective users and providing them a call to action.

Dedication to responsibility and respect

Encouraging teens to respect each other is a priority. Building a younger generation that accepts that their peers are allowed to be different without being judged, a generation that avoids jumping to conclusions, will pay dividends when the next generation comes knocking on the door. Predicting the exact shape of social media in future years is impossible; a majority of teens are social media users today, so it’s easy to surmise that social networks will become ever so more intertwined in the lives of children. Grooming teens to be upright digital citizens who are cognizant of responsible conduct on social media, though, is cut-and-dry in regards to its importance. Responsible parents can make sure that their teens embody digital responsibility – one positive message at a time.