The Influence Of Social Media And Teens 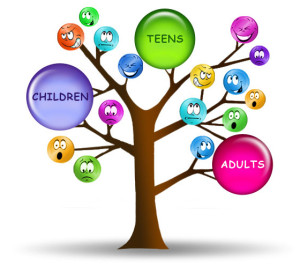 I’ve heard from some parents that say they won’t allow their tweens or teens on social media sites or ban them from certain apps or other digital platforms that today’s teenagers are engaging in.  Of course many know that kids have way to defy parents – whether it is sneaking to a friend’s house or a library, however parents will try as long as possible to keep their child free from what they fear will take over their lives – Social Media Networking.

Is this a smart idea?

We all want to keep our children safe, that is a natural instinct, however there has to come a time when they will face the Internet to be involved in social networking and most of all — they need a digital presence.

Maybe giving our kids a smartphone at six years old is not the brightest idea, which we haven’t truly confirmed this survey, however finding that balance for our tweens and teens is important.

Building your online image in a positive way will not only impress your college recruiters, according to a recent Career Builders survey, you will gain the attention of your potential employer.

Over one-third of employers are likely to ignore job candidates that don’t have an online presence.

We must encourage our tweens and teens to engage in social media wisely.  Posting and publishing on the fly is not smart — we have drilled into our minds to THINK before posting or sending, when I speak to large and small audiences, I encourage them to PAUSE – I want you to truly stop – before clicking that send button.

Whether it is on your mobile device or a mouse,  PAUSE for 30-60 seconds – it could literally change the direction of your future.

Especially when it comes to sending emails.  How many times have you sent an email to the wrong recipient since we all know there are several “Sue’s or Mary’s or Joe’s” in your contact list?  Did you take time to be sure it is your friend and not your landlord?

Instead of banning social media, start to learn to embrace it.  It’s not going away – it is only growing and evolving.  The studies, even for adults, show that social media is on the rise!  According the most recent PEW Study released in January 2015,  over half of adults online are engaged in at least two social media accounts with Facebook leading by seventy-one percent!

Yes, we are in the evolution of social media – and that includes the parents – as well as our teenagers.  Let’s use our keystrokes wisely, with a nice PAUSE before that click.