Internet Fasting Camps for Teens: Good Idea, or Too Extreme? 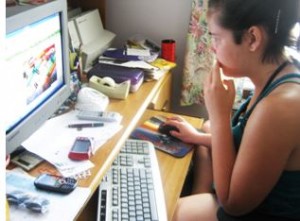 According to a recent report, the term “Internet addiction” was coined in 1995 – meant as a joke at the dawn of the online era. Nearly 20 years later, the reality of Internet addiction is no laughing matter. Many credible doctors and psychologists take the phenomenon seriously, especially when the endless hours spent online revolve around a traditional vice, such as gambling or pornography – and especially when it involves young people.

In Japan, it’s estimated that a half million kids are online addicts, but do “fasting camps” go too far in trying to break their habit?

Japan’s Internet fasting camps are run by the country’s education ministry. Children in the camps spend their time on outdoor activities, games, and team sports. Specialists and psychologists are available to counsel children and see them through the transition to an Internet-depleted lifestyle.

Tens of thousands of Japanese students were surveyed. About 8.1 percent were deemed “pathologically addicted” to the Internet, which means they avoid sleep to stay online or wake up during the night to surf the Web. About 15 percent said they spent at least five hours per day online.

The education ministry says that the side effects of Internet addiction may include poor performance in school, depression, poor eating habits, and, most dangerously, deep vein thrombosis, which is a potentially fatal blood clot that can form when Internet addicts sit in the same posture for extended hours.

Although not as severe or nearly as widespread as Japan’s fasting camps, the first Internet-addiction in-patient program has opened in an American hospital, according to ABC reports. The report states that young “addicts” are much more likely to be male, highly intelligent, and more likely to be spending endless hours on games, not vices. American authorities have not recognized Internet addiction as a disorder. They have recognized “gaming addiction,” but categorized it as needing more study.

Do Japan’s camps go too far? It’s difficult to say. Internet addiction is not universally accepted as a disorder or psychological issue. It hasn’t been around long enough to have witnessed any long-term studies, and it’s impossible to tell if the children in the camps have any other aggravating mental issues that may directly impact their need to be online so often.

There are two things that are certain. The idea is radical, and efforts to regulate the children’s “addiction” at home or in school either didn’t exist or didn’t work.