Yes to the Prom, No to Distracted Driving 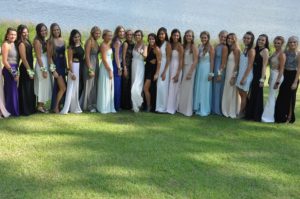 Prom season is here, and that means many teens will be driving on that special night. And of course, most will have a smartphone in hand to capture the memories. But AT&T wants to remind young drivers during this, National Teen Safe Driving Month, to keep their eyes on the road, not on their phones while driving.

According to AT&T research, many drivers today are snapping selfies, posting to social media, instagramming, even video chatting, all while behind the wheel.

To help keep those prom memories happy ones, AT&T is offering these tips:

AT&T started the It Can Wait campaign against distracted driving in 2010. Since then, people have made more than 15 million pledges to not drive distracted. The campaign has also resulted in 13 million downloads of the AT&T DriveMode app.