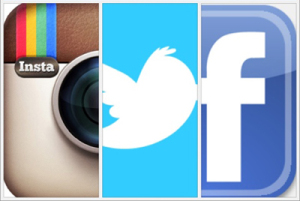 All my friends have a cell-phone, why can’t I?

Even my friend’s younger sister is on Instagram, why can’t I?

Parenting in today’s digital world is not easy.  Parent’s used to cringe at the pending sex chats, then we had the discussions about saying NO to drugs, and don’t drink and drive.  Of course, drinking age is now 21 in most states, so please – don’t drink.  Sigh – now we have digital lives compounded with the normal stuff.

Did you know a latest study actually confirmed that parents would rather talk sex and puberty than Internet safety?  It is most likely because they are more comfortable in the “facts” behind the birds and bees rather than cyberspace safety.

This is not an excuse – parents need to get cyber-savvy – and fast!  The Internet is not going away, on the contrary, it is growing.

What age should you give your child a cell-phone?

That is a personal decision.  It depends on if the family can afford the extra financial costs.  Then it goes to the maturity of the child.  Do they display the responsibility of having a cell-phone?  Will they not only take care of it physically (not lose it, get it wet, break it, etc) but also use it with care?  Do they have respect offline that will be carried to their online behavior?  Being a positive offline role model will give you an idea of what type of digital citizen your child will be.

Do they respect your home rules now?  Do they get good grades?  Are they kind to others?

A brand new “State of the Net” survey shares some alarming revelations about the underage Facebook users:

Whether it is Facebook, Instagram, Kik or any other social media site that has age restrictions, we have to consider the larger lessons here.

1.  Chances are very good your child will be on these sites prior the age of 13 (with or without your consent), so we want to absolutely educate them with cyber-skills to make sound choices online.  It is likely they will face creepy and uncomfortable situations, we want them to have the ability and knowledge to click-out and know how to tell an adult without fearing the consequences.

2.  Giving them permission to jump-on-board these sites before they are age appropriate sends the wrong message.  I will be the first one to admit that some tweens are more mature than many adults, however when rules are in place, we need to teach our children they are there for a reason.  Your child may be mature enough and ready for Facebook and Instagram, but these sites know they are not ready for them.

For a final thought, Tumblr is another popular site among teens and tweens, however it not for under 13 year-olds.  At one point we heard many kids were leaving Facebook for Tumblr since their parents were on Facebook.

They specifically say you must be 13 – and nothing but 13 years-old and up.

Deciding to allow your underage child to jump on these sites is a parent’s decision.  Whether you do that or not, I am not here to judge you, I am only here to say no matter what you do – one thing doesn’t change – you have to have constant discussions on cyber-safety, Internet security, digital citizenship, cyberbullying, strangers online, and all things digital before they hit the cyber-turf.

Parenting offline helps secure your child online — no matter what their age is.