Bringing Civility Back to a Shame Nation

Can we bring civility back to this shame nation? 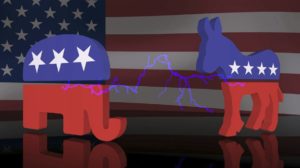 We are living in such divisive times now that we are witnessing adults treating each other with the utmost disrespect, and many times their own children are watching this outrageous behavior.

Since we now live in a world where the majority of Americans are armed with smartphones, there’s no doubt when someone wants to act inappropriately (and they are proud of their actions) someone will be videoing it. Quickly it’s viral for the world to see.

From politicians to celebrities to athletes — no matter who you are, being publicly harassed or humiliated, especially in front of your family on your private time, is unacceptable.

Many of us were taught when we were little that if we were playing in a public park and saw a child you didn’t like, you shouldn’t go up to them and call them names or berate them. You simply walk away and don’t engage. So why are adults behaving the opposite when they see a person they dislike immensely in public? What message is this sending to their children?

These are definitely contentious times we are living in, many of us realize it starts at the top. We have a leader that seems to enjoy this conflict and divide, but does that mean we have to be part of this hostility?

In a culture of rising incivility, combined with many that are both sensitive and passionate about their beliefs, people are using bullying or harassing behavior and labeling it as activism.

People on both sides of the political aisles are feeling the incivility of adults as they attend their normal lives. It’s so disheartening to watch grown-ups treat each other like bullies on a playground with no self-control.

As Nancy Pelosi was leaving an event in Florida she was not only heckled, she was confronted with, “You don’t belong here you f–king communist f–k,” a voice is also heard saying on the video. “You and your f—ing Democrats.”

Over in Kentucky, diners confronted Senate Majority Leader Mitch McConnell and his wife as they tried to have dinner at a local restaurant.

When activism turns into digital or civil warfare, the message will likely get lost and all people will remember is static noise. Change can’t and won’t happen through this type of behavior.

As we watch people in authority behave inappropriately as well as adults, business owners and others, it’s up to us to lead by example.

Being an activist is admirable. You don’t have to be a bully—be constructive and respectful with your behavior (comments), not combative. There is never a reason to use profanity, mock people or especially wish death to others.

One lasting thought, you are your online presence. Your immediate gratification to insult someone for what you may believe is activism, will be attached to your digital resume forever. Short-term vindication is rarely worth the long-term ramifications.

Having a bad day? Give yourself permission to sign-off.

Perhaps the first place to start is a renewed emphasis on empathy and compassion to each other online and offline. Remember you are the role model to the next generation, and we can’t afford for this shame nation to continue.