Oversharing Online Is Not Only About Youth 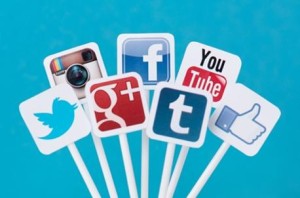 Research was just released by GlobalWebIndex that shows adults love social media almost as much as the kids do.

The average adult spends one in four online minutes on social media according to the recent research.

What is the most popular social media platform for adults?  Facebook – by far it revealed, as did the PEW Research study released in January of 2015.

So what are grownups doing on social media/networking?

Connecting with family, friends and making new friends!  Joining groups, creating conversations, learning about new things and simply exploring places they may or may not ever visit as well as many other virtual ventures.

The fact is with social media you can connect to so many people across the globe that would have never been possible prior these platforms.

However with all brightness comes some dark-side.

We always talk to our kids sharing too much of themselves online, especially on social media, but what are their parents doing?

I recently read an article by a colleague that I found very interesting.  Sharenting? Kids Are Beginning To Notice by Marti Weston.  Yes, kids and teenagers can become embarrassed and uncomfortable when parents over-post photos or other personal family issues that they feel shouldn’t be for the world to see.  Maybe they don’t want naked baby pictures of them up there.

If mom or dad are doing this, what type of role model is this for the teen?  If the teen turns around and starts posting about his/her parent’s argument about an affair or they can’t pay the mortgage — both of very personal nature, although way different from an embarrassing photo.  In a child’s mind, it is the same by comparison.  It’s humiliating.

Are parents behavior online paving the way to condone their child to act the same way online?

Back to the heart of the issue – oversharing online, whether it’s on social media or any other form of the Internet is something everyone of all ages needs to be careful with.