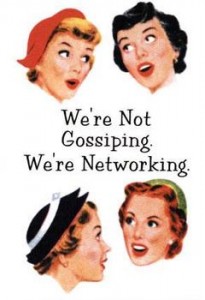 Recently I wrote about a survey lead by Stage of Life that reported that 97% of teens learn their manners from home – their parents are their influence.

When it comes to their decision to drink alcohol, according to the Century Council, 83% of teens said that their parents are their largest influence not to engage in drinking.

Despite being identified by youth as one of their primary sources of alcohol, hands down, parents are the most influential person or thing in a child’s decision not to drink at all or not to drink on occasion. – Century Council

When it comes to online and cyber-life, I wrote an article on Huffington Post because I was so outraged as a single mother of two children felt the need to vent her love life on her Facebook wall.  Obviously her privacy settings weren’t so private.

Facebook is not a diary at any age.  I recently read a Tweet – buy your kids a journal and a pen – encourage them to write their feelings down.  That way you know it is contained to your penmanship and not the cyber-world. I say – absolutely!

Fact is, there is no rewind online — privacy settings, in my opinion, can not always be dependable.  Everyone knows that Facebook loves to tweak them on a weekly – if not daily basis.

More importantly, they are watching us!  Do you text and drive?  Don’t think for one minute they are not noticing it.  You may use the excuse that you are a twenty-year veteran driver, but in your teenager’s mind – they believe they a great driver too!

When they see you in your cyberspace or in your kitchen gossiping or talking smack about others, it is a behavior they may believe is acceptable since you are doing it.

What does your social media streams say about you?  Do you get into harsh debates or constructive ones?  Are you a good cyber-role model?