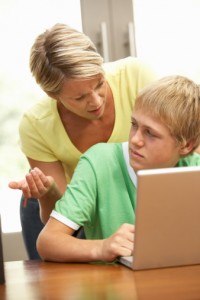 The short answer is yes.

For those who haven’t heard, Facebook recently updated its privacy policy for teenage users of the system. Now there is no such thing as “too young to learn about online reputation management.”

Until last week, Facebook automatically made the profiles of users aged 13-17 private and only viewable to friends and friends of friends. Now their profiles are automatically public. That’s right. You’re newly-minted 13-year-old can broadcast his thoughts to the whole world with just the push of a button.

Facebook is famous for making changes across the board and then telling users about them, leaving the users to scramble to redo their settings and “undo” whatever changes the company has made. They did the same thing here, but—thankfully—they made changes that most parents would agree with: the audience for updates published by users aged 13-17 was changed to only “Friends” (instead of “Friends of Friends,” where it used to be). If teens want to broaden their reach, they have to choose a different option.

Unfortunately, now one of those options is public. They don’t need your parental approval to make this change. Facebook, it seems, has decided that it knows best. As they said on their blog: “Teens are among the savviest people using social media, and whether it comes to civic engagement, activism, or their thoughts on a new movie, they want to be heard. So, starting today, people aged 13 through 17 will also have the choice to post publicly on Facebook.”

Even worse, Facebook is allowing teens to turn on the “Follow” feature, which will broadcast posts and updates to followers’ newsfeeds—allowing anybody to “subscribe” to your teen’s feed, whether or not you or your teen wants them to.

What makes this fear-worthy isn’t that you can’t trust your children. You, obviously, know your kids better than we do, and you certainly know them better than Facebook does. The rules of your house will always overrule what the powers that be at Facebook think is best…as long as your teens want to follow them. 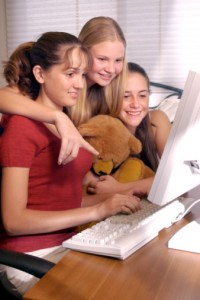 What makes this fear-worthy is the idea of anybody in the world having access to your kids without your being able to do much about it…besides forbidding Facebook, which likely will not go over well.

So what can you do?

Talk to your teens about the new rules. If you haven’t already had the “there are a lot of terrible people out there who might want to take advantage of you” Internet talk, now is the perfect time for it. Make sure your kids understand what is expected of them with regards to their posts.

A few good rules, if they aren’t in place already, are:

You know your kids better than anybody else, and you know what they can be trusted to handle and what will be too much. Unfortunately, the rest of the Internet doesn’t. Talking to your kids about what they can expect from wider audiences is important. More than anything else, make sure your teens know they can tell you whenever someone says or does something that makes them feel uncomfortable.

Contributor: Erin Steiner is a freelance writer from Portland. She writes about social issues, personal finance, and pop culture all over the Internet.