20 Rules Teens Want Their Parents to Follow: But Know They Won’t 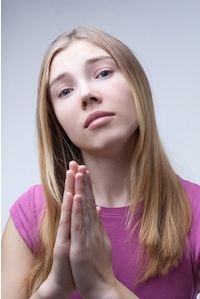 It’s not uncommon for parents to feel the warring urges to be both a “cool” parent and a strict, overly-protective authoritarian one to ensure that your child doesn’t make the same mistakes as his peers. With access to an entire world at their fingertips and social media that keeps them connected to their friends around the clock, it can also feel like today’s kids are growing up faster than ever. While most parents know better than to let their children set the house rules, these are 20 that most teenagers would put in place if they had it their way.

Many of the rules that a teenager would implement if left to her own devices are silly or downright dangerous, but others do hold varying degrees of value. Respecting her right to privacy by knocking on the door before you walk it, modeling appropriate behavior rather than demanding it while actively doing the opposite and allowing her a safe level of autonomy can do wonders for your relationship with your teen.