A Digital Prank, Online Mess-up or Cyberbullying: Parents Differ on the Consequences 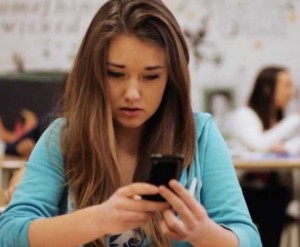 The use of electronic communication to bully a person, typically by sending messages of an intimidating or threatening nature.

In a recent survey by Motts Children’s Hospital, it revealed that parents were conflicted about how to label and punish cyberbullying.

In response to hypothetical situations at their teens’ schools, parents vary in whether they label certain actions as cyberbullying:

Between 30% and 50% of parents are unsure whether these actions are cyberbullying.

Where the conflict comes in is with the punishment.  Parents recommended the most severe punishment for posting online rumors about students having sex in school, for which 1 in 5 parents would refer the students to law enforcement.  In my opinion – depending on the circumstances – this may be a bit harsh.  Most schools have teen-courts now.

When compared to parents being less concerned that an online rumor is being spread about a student cheating – which could be more serious for their academic future (college admission), they were less likely to refer them to law enforcement.

Parents are concerned about cyberbullying, but it seems they have mixed opinions on what constitutes online abuse and what the consequences should be.

Less than half of the parents surveyed said that sharing an altered photo to make a classmate appear fatter or posting online rumors that a student was cheating was definitely cyberbullying. Although it may appear to be cyberbullying, it could also be described has a mean digital prank – which is just as bad – and should be punished the same. However it’s a clear insight that our society is quick to label when they are not fully informed on the issue.

This survey reflects the challenges that schools face in developing clear policies around cyberbullying.

We have too many people over-using the word bullying and now cyberbullying. When in reality it might a digital prank, online joke, or otherwise — but make no mistake – it is all virtual shaming – which leads to someone being emotionally harmed and hurt for a very long time. Digital cruelty by any definition is wrong.

What are the consequences? It seems we are all still trying to figure that out. It is likely it depends on the situation.