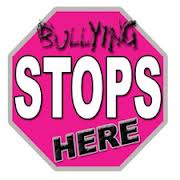 February 27th is Pink Shirt Day.  Bullying is problem throughout the world, no one is immune to this issue.

Bullying is a major problem in our schools, workplaces, homes, and over the Internet.

Bullying and the prevention of it has become a major focus in our schools today. But bullies are no longer limited to just verbal or physical bullying. Text bullying has become a serious problem among adolescents and teens. Almost 9 out of 10 teens have a cell phone and about 1 in 5 will be victims of a text bully. About 1 in 10 teens engage in text bullying.

With Pink Shirt Day – an international event focused on stopping bullying – coming up on February 27, it is a good time to learn about anti-bullying apps compiled by AT&T:

Below are some additional facts about bullying:

If you are located in North Florida, March 9th, 2013, St. Johns County welcomes our country’s leading Parenting and Bullying Prevention Expert, Dr. Michele Borba.  Dr. Borba will be speaking about preventing bullying, peer cruelty, peer pressure our kids face today and the social jungle they are in.  This is a FREE event.  Learn more at The Community Empowerment Series.  Online registration is recommended.   AT&T is a proud sponsor of this event.