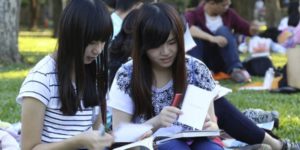 In 2017 parents revealed that both cyberbullying/bullying and internet safety was their top health concern for their teens (and kids) according to a survey by C.S. Mott Children’s Hospital National Poll.

Most parents know that starting a conversation with a teenager can sometimes be challenging, yet in every article we read and every expert that speaks about online safety will share with us, you must have open lines of communication with your child offline about their digital lives.

I’m not disputing any of this, only giving you another way to introduce your dialogue.

I always tell parents that we need to ask our teens, on daily basis, what’s new in their cyber-lives. It’s just as crucial as how their school day was. In reality, their virtual life is as real to them as their offline lives.

I became a cyber-advocate because I was a victim of cyberbullying and online shame as an adult. I know the emotional pain of being taken down by vicious cyber-bullets.

While building myself back up not only virtually, through redefining my online reputation, I had to learn to regain trust in people and find my voice again. This isn’t easy, however during my darkest hours I read some of the most devastating headlines. People that don’t make it out.

This empowered me. These young people didn’t understand that it would get better. As an adult, I had dark thoughts, but knew eventually there would be light at the end — there’s always hope. These kids, sadly, didn’t have that maturity yet.

After writing my second book, Google Bomb (HCI, 2009) which documented how I won my landmark court case for Internet defamation and invasion of privacy, I found myself years later still receiving emails from people being shamed and harassed online. The numbers were growing exponentially.

By 2014 I knew it was time. Over a decade later, people were still asking for how I survived being nearly destroyed in 2003. Sadly, this disease of cruelty to others isn’t going away — it’s a human disaster, created by mankind and needs to be addressed by us.

All my journals, note pads combined with firsthand stories from people that have been victims of cyber-humiliation and digital debacles was where I would start. In addition, I was fortunate to have a team of esteemed colleagues that supported this venture and offered their expertise.

My goal was that Shame Nation include not only teens, but adults (parents) too. We needed a book that everyone could relate to. Proudly, that’s exactly what we have.

Shame Nation has a special offer on Amazon. Isn’t it time for you and your teen to have a copy and discuss:

We also offer book discussion you can have with your teen or a book club:

1. From body shaming to baby shaming, we have all witnessed the rise of incivility in our country today. Do you agree where online shaming has become the norm?

2. One study said that 28% of Americans have engaged in posting malicious comments to people they didn’t know. Why do people believe they can hide behind a screen? Have you ever left a mean or unflattering comment about a stranger, or even created a fake account to post an anonymous comment?

3. Some 70% of employers say they now review social media feeds before interviewing candidates, and 35% of college recruiters check the online profile of student applicants. From the Harvard students having their acceptances being revoked to Juli Briskman losing her job due to violating social media policy, will you think twice before you post?

4. Many of the digital disasters covered in “Shame Nation” resulted from victims’ own ill-advised posts. What are some changes you will make to help prevent yourself from making a similar cyber-blunder?

5. Shaming is not just an online phenomenon. With 92% of Americans owning cell phones with cameras, the chance of an “oops” moment going viral is higher than ever. Will you change your behavior when out and about as a result? How likely are you to video a stranger that is acting out in a public place? Do you think it is acceptable to share that online without permission?

7. According to studies, women tend to report online harassment more than men. How do you think gender plays into online shaming? What strategies could women use to avoid being victimized?

8. Celebrities from Lady Gaga to Kelly Clarkson tend to be high-profile targets for online shaming. Do you believe this is just the cost of fame, and they have no right to complain?

9. Chapter Seven covers several different possible responses to online trolls, from responding with empathy to flouncing. How do you think you would choose to react if you ever experienced online harassment? What are the pros and cons of the different methods?

10. “Sharenting,” sharing images of one’s children online, has become commonplace among this generation of parents. As these children come of age, should minors have some say over what their parents can post about them without their consent?

11. Digital literacy has been proven to reduce cyberbullying and online harassment and help with critical thinking skills. Should schools be more active in implementing or mandating digital literacy classes?

12. It’s proven: empathy combats cruelty, and “upstanders” can make a difference. What will you do the next time you witness online hate?