Bullying Behavior of Adults: Lessons to Stop this Cruelty 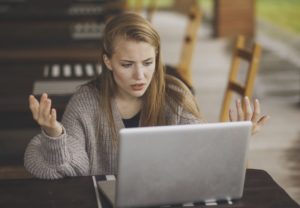 In a recent survey by Anti-Bullying Alliance, children aged 11 to 16 believe that adults are setting a poor example by behaving badly to each other face-to-face, online or in the media.

The majority, 97 percent said they would like to see more respect shown between grown-ups.

Who are the role-models?

This same month Ireland released a study entitled The Cyberbullying of Post-Primary Teachers by Pupils.

Parents, who are supposed to be the role-models to their children, as well as pupils (their children) are engaged in cyberbullying of school teachers according to the above referenced study.

It starts at the top.

With these two recent reports, isn’t it about time adults check-in with their behavior? Many people like to blame it on the political climate or the rise of incivility, however we all need to start taking accountability for our own online and offline behavior.

When our children are now asking us to take control of ourselves, and we are witnessing parents and students harassing professionals (teachers), it’s time to stop this insanity.

At all ages using digital wisdom grounded in civility is where we need to start.

The 3-C’s of online behavior starts with your keypad.