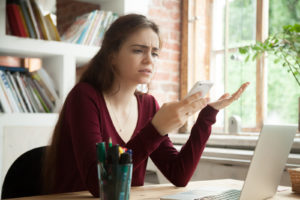 If your attackers are coming after you hard, it might be time for a more forceful response. Has your online reputation suffered irreparable damage? Has it gotten so bad that you are fearful for your safety? Should you consult an attorney or file a police report?

It’s certainly possible that you could be facing some of the mentally unstable people on the Internet who take trolling to the extreme. One woman, “Sarah,” first got sucked into an online flame war with one of these people years ago, when she was in grad school and brushed with an anonymous poster on Lena Chen’s Sex and the Ivy blog. “At that point, I’d never engaged with anyone online,” she recalled when I spoke to her. “I made a couple of comments. It didn’t even occur to me anyone would care; I was nobody.”

But her harasser, in retaliation, targeted her for years, creating rambling posts calling her a fat-ass, questioning her professional work, and even claiming that she had rape fantasies.

In fact, she says, this deranged stranger ultimately went after a dozen women who posted comments supporting her, trashing their reputations and getting at least one fired from her job as a teacher. “I’ve never encountered a situation quite like this one,” Sarah admits. “I was being called a fat, ugly slut who wants to be raped.

He spent eight years, on and off, trying to make me unemployable, undateable, trying to make me a target for crime—he’s accused me of having STDs, publicly claimed I was fired from jobs for sexual misconduct. That level of effort into trying to hurt someone… It is hard to understand. All I can think is this is someone deeply unhappy, and probably a sociopath. There are people out there who will think nothing of trying to hurt other people.”

“This is not trolling,” states researcher Lindsay Blackwell, in her talk titled “Trolls, Trouble, and Telling the Difference.” “This is harassment. It is violence, and it is very, very difficult to control.”

According to a 2014 Pew Research Center report, 18 percent, or nearly one in five, of Internet users surveyed were the victims of “severe” online abuse, such as stalking or physical threats.

Sarah’s experience has impacted her life in so many ways. When it came to dating, she would only give out her first name, then field comments from suitors who came across what was posted about her online. “I had someone tell me I shouldn’t mention it to men, [that] they would think I invited drama into my life,” she recalls.

Now an MBA student seeking employment, Sarah has needed to discuss her situation with career counselors, add explanations to her cover letters, and warn potential roommates.

She has filed police reports and consulted with two pro bono attorneys, but to date, has been unsuccessful in unmask­ing the identity of the perpetrator, leaving her understandably bitter. “You can’t sue someone if you don’t know who they are,” she explains. She hesitates, then adds flatly, “This sounds awful, [but] I would love to destroy his life in the way he’s tried to destroy mine.”

Reading comments online, especially twisted truths or outright lies about yourself, can be horrifying—I know this firsthand. The emotional toll that it can take on a person is enormous. Know that you don’t have to go through this alone. There are many outlets to help you through this cyber-torture.

What options are available for the average Joe, who doesn’t have an entourage, a high-powered publicist, or the star power of a celebrity to mobilize support or fund a legal battle?

To take control of a digital disaster, begin with these basic steps:

In November 2016, Twitter also expanded this mute feature to include specific words or users you choose to block.But some experts are not fans of this “ignorance is bliss” credo. Blackwell points out that if you enable this feature, there is no way to be aware of—and stop—what is being said behind your back.