Millennials and Online Dating: How and Why to Talk to Your Teen 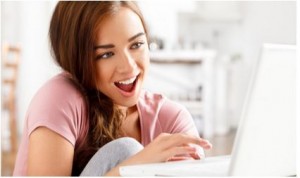 A recent study in the journal Pediatrics revealed that a third of teenage girls have met in person with someone they originally met online. Thanks to video apps like Vine and video-chatting software like Skype, verifying a person’s identity online is much easier than it was in the past. But teenagers are still at risk of threats like cyber bullying and other forms of abuse when meeting strangers online. Since it’s not the easiest subject to approach, here are five reasons why it’s worth it to talk about online dating with your teen.

It’s the virtual elephant in the room

Teens today are surrounded by media that normalizes the practice of online dating. For example, MTV’s hit program “Catfish: The TV Show” illustrates the sometimes comical, sometimes devastating effects of meeting an online friend in person for the first time. Add that with Vine romances like Jessi Smiles and Curtis Lepore and you’ve got a recipe for a seemingly enticing deal. Talking about it in a casual light by referencing an MTV show can start a dialog on the right foot, so you don’t come off as overbearing or out of touch.

Sit down and watch “Catfish: The Movie” or “Catfish: The TV Show” to get an insider’s look at online dating, while also discovering some helpful tips for verifying a person’s identity. In the show, the host Nev will often background check a person’s story by submitting their profile photos into a Google Image search or directly calling their alleged schools and workplaces to look for supporting data.

Whether you commonly discuss online safety on a general level or would like to explore new dimensions of this conversation, online dating should be a top conversation priority. A good way to keep an eye on your kids is to join the social networks they frequent. You can even friend or follow their close circle of friends to get to know everyone better and feel more comfortable about his or her surroundings. Make sure your teens aren’t posting any provocative pictures, content, or private information that could put them in danger.

Remember to apply these safety tips to all realms, including online high school diploma programs and social smartphone applications. According to the Babson Survey Research Group, the number of students taking at least one online course surpassed 6.7 million in 2012. The trend is only expected to continue, meaning that students should focus more on using technology responsibly, rather than avoiding it altogether.

It will help them in the future

Even though teens are especially vulnerable to online predators, 20-somethings can also put themselves in danger when entering the world of online dating. According to Match.com, 40 million Americans use online dating services. Despite the potential dangers, online dating can be an effective and fruitful resource for older adults, and may even lead to lifelong relationships.

So, if your teen does want to explore this option after he or she graduates college, they’ll know what to do after you’ve had the talk. Encourage meeting in a public space for a short period of time, taking separate cars, and insisting on a video conference meeting before going out in person. Teaching these precautionary behaviors can promote safety if and when your child decides to try online dating later in life.

It can be a legal issue

New regulations on cyber bullying and cyber harassment make it possible to press charges and prevent harmful or threatening behavior from occurring online. Whether you suspect it is already occurring or want to arm your children with information for the future, be sure your child knows his or her legal rights. Visit StopBullying.gov to view the specific anti-bullying laws for your state, and make sure your teen knows what kind of legal action can be taken in the event of online bullying.

In the intimate, high-strung world of online dating, virtual bullying has an even higher risk than general online circles of friends. The consequences of such bullying aren’t to be overlooked, either. The Centers for Disease Control and Prevention’s 2011 Youth Risk Behavior Survey revealed that suicide attempts that required treatment were three times more likely in teenagers who reported being bullied online, as opposed to those who were not bullied.

If you grew up in an age where people used to communicate through a long, corded landline, it can be tough to fully adapt to the digital world that is second nature to your millennial teen. Find out more about social networking outlets and how they work, so you can determine potential safety risks.

New features, developments, and even whole new platforms are constantly being developed, so staying on top of these apps is crucial for today’s parent. To the verify the security of your own or your child’s Facebook posts, make sure to look for controls on the bottom right of a status update and the top right of a published post. Use these to limit post visibility to specific audiences.