How to Prevent Your Teen from Becoming Addicted to Technology 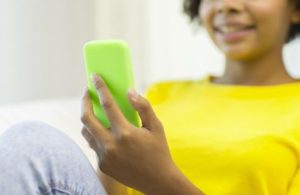 Facebook has officially welcomed babies into the social network, with the creation of its new Scrapbook feature that allows parents and their partners to tag their children in photos and share them in a centralized location. Internet security company AVG found out way back in 2010, 92 percent of American children already had a presence online by the age of 2. As parents hand their smartphones and tablets to babies and toddlers to calm their crying, and as more tech tools are introduced in educational settings, it’s no wonder kids are becoming addicted to technology in ever-increasing numbers. Pew Research Center reported in 2015, 92 percent of teens go online at least daily, and 24 percent go online almost constantly.

That’s disconcerting news to parents, as Pew Research Center also reported in 2015, 33 percent of parents have had concerns or questions about their child’s technology use in the past year. As technology rehabilitation centers pop up around the globe, there are ways parents can instill the value of unplugging so kids can better manage the temptation for constant connectivity.

Psychology Today identifies attention, decision making, memory/learning and information overload as some of the most significant ways children, tweens and teens are affected by technology. These are areas parents can focus on if they want to combat negative effects of screen usage. Compared to reading, where kids have to focus and use their imaginations, television and the Internet foster distraction and negate the need for using the brain to conjure up images or commit things to memory because of instant access to information. Reading with your child, even if you’re both reading separate books, and rewarding them for pursuing intellectual hobbies like science helps them sharpen their attention and imagination skills, which are vital for creative thinking and will be useful when tasked with writing long-form essays or research papers.

Keyboards and smartphones have negated the need for “old-school” skills like telling time and writing in cursive, but these are still currently important in schools today where kids have to do math problems involving the passage of time using clock visuals and must hand-write assignments in class. Reading an analog clock and writing in cursive also give children more opportunities to sharpen their focus and can even provide benefits related to hand-eye coordination and the emotional benefits of learning a new task. A fun time telling worksheet can get kids motivated to practice at home, while parents and their kids can use creative writing prompts as a way to practice writing.

Encourage your kids to play physical board games with you rather than hunker down with a video game. Board games are another way to get imaginations flowing, especially ones where kids can make decisions to affect the outcome of the game.

The Atlantic reported in 2015 that kids are far exceeding the two hour-per-day limit of screen time recommended by the Academy of Pediatrics. As access to information online aids children in research for homework, it’s up to parents to impose limits on how much “fun” screen time their children can partake in. Kids’ daily lives should include the recommended 60 minutes or more of physical activity per day by the Centers for Disease Control and Prevention and with non-tech activities like art, reading or learning a musical instrument.

Encourage play dates and social outings that are focused on physical activity and that don’t allow for the temptation to look at smartphones constantly. Have meaningful conversations with your kids whenever possible, and set a family dinner time where everyone gets together to talk about their days. Be a good model to kids by not being an addict to technology to yourself, and set strict guidelines about device usage and consequences that will happen if the rules are not obeyed. By being a partner in helping your child become more enthusiastic about the non-tech world, he’ll be more likely to independently make better decisions about tech usage in the future.