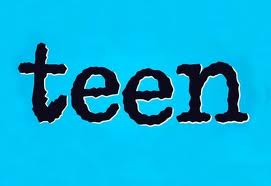 If I were to make a list of the hardest things I’ve ever endeavored to do in my lifetime, at the top of the list would be raising teenagers. It has to do with loving them so much that you don’t want to see them suffer but you have limited power to help them at this point. It is oh so much easier when they are small. Cuts, scrapes, bruises, and childhood ailments are so much easier compared to this.

When I see new parents with little ones I want to give them advice about how to be strong with those little ones, how to discipline, how to make them do things for themselves, and how to let them make a few mistakes. I do if I’m asked but very seldom do young parents ask those kinds of questions. I hear people talking before they have children about what they will and won’t do or allow when they have kids. Very few follow through with those convictions once that little one looks them in the eye. Everything seems to change and the overwhelming instinct to protect and shelter and spoil the child comes into play. That’s because that’s what we think love is, and it is to a certain degree but not fully.

I know because this was the case with me. I’ve learned a little about love since then. What we really want is to be loved back as much as we love. Most parents don’t want to make their bundle of joy unhappy or do anything to make them dislike us. Love is not just a feeling, not real love. Love is sacrificial which as parents we all have. But love is also doing things for the good of the person we love. For their best, not for how much they will love us in return. Sometimes love doesn’t feel good when you are doing it for another person’s future good.

I was not successful in this when my children were young. I was a pushover and did all that I could for them. My world revolved around them. With some children this promotes a response of them working twice as hard to please you back. With others it’s a license to take advantage and manipulate. I had one of each. It was easy with my first child, a girl. She wanted nothing more than to please me; we tried to out please each other! She worked harder in school, at home, and obeyed so sweetly. So when my son came along seven years later I raised him the same way thinking that things would turn out the same way. I loved loving my children. It was what I did.

My son, on the other hand, did not act like my daughter. Whatever I gave he always wanted more, wherever we went, he wanted to know where we were going next. He was bored with everything after a few minutes and it took a lot to keep him happy. I was driving myself insane trying to keep him happy. He was not a fit throwing, demanding in ugly tones kind of a kid so I kept giving. He would grin and run to the next thing and smiled a lot and was funny, cute, and adorable. I had a nephew that kicked and screamed to get his way and I thought he was such a brat. The only difference with my boy was that he smiled and giggled and gave me hugs and kisses. But they were the same. I didn’t see it then.

As my children grew, my daughter continued to return love for love and always wanted to please and obey. My son continued to stay congenial but never thought of me on his own and would say “sure mom” to any request but seldom followed through.  And I’m really not telling you all this to complain about the hard time I had with him as a teen. I’m more heart broken over the things he’s had to suffer because I was not strong enough, and did not love him for his good as he was growing up. I watch him suffer in his laziness and selfishness. School is harder, good friends are harder, and having a future is harder. Poor choices are made because he never really had to choose. Consequences are harder because he didn’t get enough consequences as a child. Because he knew how to take and did not give much in return his friendships are weak. Relationships, decisions, work, and love are hard for him.

Not only was I not giving him the kind of parenting he needed but his dad left us when he was ten. This was a big emotional upset for him. We ended up moving when he was thirteen to another part of town. He changed schools, picked the wrong kind of friends; friends that were easy because they didn’t have too many standards to live up to. There lies another problem that you deny your child when you do not discipline them for their good. They gravitate towards those that don’t require a lot of character from you or have high expectations. They are easier to be around because you don’t have to pull yourself up higher, you can even go lower and find great acceptance.

I’m not telling you this to discourage you. Our story has a happy ending because of love and never giving up and never surrendering; by God’s great grace only. I am telling you this because I have been there and I know that not only we as parents will suffer but our children will suffer if we don’t give them the kind of love they need. Yes, unconditional love, we are always to love them. But we must love them and prepare them for life with those that do not love them. They will be placed in situations their whole lives around those who don’t care how cute they are or how funny they are or how good they cuddle. They will be out in the world, whether you want it or not, and be on their own, even if you don’t want to let them go.

When my son began to pull away from me I was devastated. We had always been so close; he was Momma’s boy. Momma’s boy ended up resenting Momma for keeping him too close and he felt like I didn’t want him to grow up. He decided he had to do everything in his power to learn how to be an adult in Adult Class 101, which was to throw himself completely at the mercy of the world and all of its vices and evils, submersing himself in it completely, pulling away from me like I was the plague.

We were both in pain, but he was doing everything he could do to numb the pain which sent me in to a bout of terror. This is when, even though I had been a “Christian” for years, I threw myself at the feet of the Lord and cried out to Him. I knew I had done everything wrong in my ignorance and I needed Him to forgive me and show me what changes needed to be made in my heart and life. I cried out for son’s life and I asked my Lord to have compassion and mercy on my son because I had let him down.

I have kept my eyes on Jesus over these past few years with my son and He has brought my son through many hard situations and is working a miracle in my son’s heart today. Everyday he is learning how to improve his situation and grow up emotionally by God’s grace. He is thrilled with what the Lord is teaching him and he is so much happier because he is being disciplined by the loving hand of God. That has been my prayer for my son, that the world would not be the one to correct him because of my mistakes, and that the Lord God Almighty would take hold of his heart and teach my son all the things that he needs to know. And my heart overflows with thankfulness that my God is answering my prayers. He is faithful to help His children when we cry out to Him. I am keeping my eyes on Jesus and putting all my hope in Him and persistently praying without ceasing for this child that I love. “For this reason I also suffer these things, but I am not ashamed; for I know whom I have believed and I am convinced that He is able to guard what I have entrusted to Him until that day.” 2 Timothy 1:12 NAS

I am telling you all this so that you will guard your children’s lives when they are young and teach them so that they will have a future that is fruitful and stable and happy. Don’t think that discipline will hurt them and make them not like you. Keep the future always in mind and do what you do for their good. That is true love.

Jason Miner plays a vital role for www.blogcarnival.com.  He is an expert in writing topics of different categories.  He is helping the carnival team to grow & working on making this an even better place for bloggers.