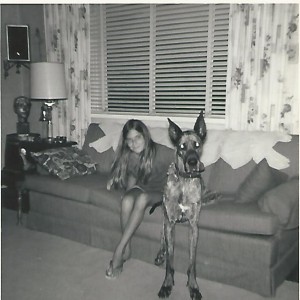 #Being13 in the 70’s could be described as awkward, scary, shy, weird, strange, lonely, nerdy and other adjectives that thankfully were not being judged by “LIKEs” on a social media platform – going viral through our schools and communities.

Sure, some of us may have been teased or even bullied – it was limited to our play area, but we didn’t have to be concerned about it going from town to town, gaining momentum by LIKE’s and nasty comments from people we don’t even know.

(I am not trying to diminish the pain that kids felt in the earlier generation.)

The fact is in today’s generation of being a teenager, as reported in CNN’s report on #Being13: Inside the Secret World of Teens, the average teen checks their social media over 100 times a day to be sure there is nothing mean being said about them, as well as keeping up with social statuses.

Is this excessive? Absolutely! But in their mind, it’s necessary. The fear of being digitally shamed, cyberbullied and especially – removed from a social-clique can be devastating to a teen.

According to the recent study, teens need to monitor their popularity status:

Someone has a birthday party over the weekend, you get to school on Monday, only to find out you were the only one not invited. It hurts, it feels horrible. You may go home and talk to your mother about it – you may tell your best friend, or a relative or someone you confide in with your feelings — and maybe that’s the end of it.

Today that same party is a different story.

From the moment the invite is viral, people are tagged, you know who is going, you know you are the one not invited, and then the pictures are splashed all over social media and you are not in them.

Does your parent really understand the scope of this type of digital social emotional pain? The fact you feel like a social failure? You don’t want to hear that it’s only technology – it doesn’t matter, to teens – it’s all that matters!

Teens will take anywhere from 100-200 selfies a day to get the right one to post online!

Yes, it’s a social popularity contest and our kids are buying into it.

According to a PEW Study, 40%  of teens feel pressured to post only content that makes them look good and 39% of teens on social media say they feel pressure to post content that will be popular and get lots of comments or likes. 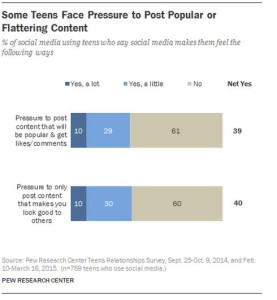 What can parents do to help this downward spiral?

In the CNN study, 94% of parents admitted they underestimate the amount of social combat that is going on with their teens cyber-lives.

This is a huge wake-up call. I have discussed this for such a long time. We aren’t having just “a” sex talk here, we are having a continuous cyber-conversation that needs to be on a regular basis, if not a daily basis.

It’s as common as — “How was your day at school…. anything new in your digital life? Have you discovered any new apps? Any new friends online? New sites?”  GET INVOLVED digitally — offline!

What parents need to understand is, yes, teens may always be technically advanced – but that isn’t an excuse — ask your teenager to TEACH YOU about what they know. There is nothing wrong with that. You will learn from them and get more insights about what they are doing online.

Parents, it’s time to embrace new social media. We know mom and dad are on Facebook – learn more about (and sign up with) Instagram, Twitter, Snapchat, Vine – and any other site your teen is on – get out of your comfort zone. Remember, you are still their parent, monitor their activity, but it never replaces old-fashion offline parenting – what was good in the 70’s is still good today.  Communication – face-to-face.

We know those LIKE’s have no meaning in real-life, but to your teen, they mean LIFE.

Be there for them – online and offline.

94% of you need to get on board. Being in social combat is not easy, but knowing your have you parent on your side, can help you make better choices.