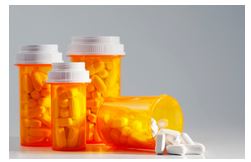 New, nationally projectable survey results released today by The Partnership at Drugfree.org and MetLife Foundation confirmed that one in four teens has misused or abused a prescription (Rx) drug at least once in their lifetime – a 33 percent increase over the past five years. The Partnership Attitude Tracking Study (PATS) also found troubling data on teen misuse or abuse of prescription stimulants. One in eight teens (13 percent) now reports that they have taken the stimulants Ritalin or Adderall when it was not prescribed for them, at least once in their lifetime.

Contributing to this sustained trend in teen medicine abuse are the lax attitudes and beliefs of parents and caregivers. In fact, nearly one-third of parents say they believe Rx stimulants like Ritalin or Adderall, normally prescribed for attention deficit hyperactivity disorder (ADHD), can improve a teen’s academic performance even if the teen does not have ADHD. Parents are not effectively communicating the dangers of Rx medicine misuse and abuse to their kids, nor are they safeguarding their medications at home and disposing of unused medications properly. (Read the full report here)

The new PATS data confirm that misuse and abuse of prescription drugs is now a normalized behavior among teens: