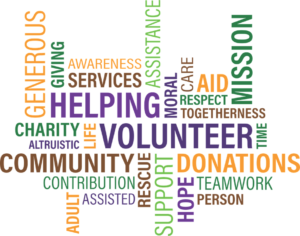 I’ve grown so tired of the bickering news and social media news feeds (I’m referring to real news and it’s more tiresome explaining away the fake news). It was one of the most divisive election seasons and our social media news feeds are still dripping in  contention for each other (no matter what side you were on), it’s time to hear some cheerful news from a recent survey.

The survey was conducted nationally online by Harris Poll from August 11 to September 7, 2016 and included more than 3,300 employees (of which 3,133 are in the private sector) and 2,379 hiring managers and human resource professionals across industries and company sizes.

While 46 percent of employers plan to give their employees gifts this year – on par with last year – they are also finding other ways to get into the holiday spirit.

Gift exchange events in the office can get really inappropriate, really fast – all it takes is one coworker to take the idea of a gag gift one step too far. CareerBuilder’s survey asked workers across the U.S. to share the most unusual gift they have received from a fellow employee during the holiday season.

Twenty-two percent of workers say they plan to buy holiday gifts for coworkers, and 21 percent plan to buy a gift for the boss, similar to last year.

Of those who plan to buy gifts for their coworkers or bosses, the majority (73 percent) expect to spend no more than $25 on each gift, 33 percent will cap their spending at $10 and 11 percent will spend $5 or less.

Traditional holiday gifts are still office regulars: ornaments, gift cards, books and candy, but some workers may not know where “the line” is when it comes to holiday gift-giving at work. The following are among the most unusual presents workers received from co-workers:

This survey was conducted online within the U.S. by Harris Poll on behalf of CareerBuilder among 2,379 hiring and human resource managers ages 18 and over (employed full-time, not self-employed, non-government) and 3,336 employees ages 18 and over (employed full-time, not self-employed; including 3,133 in the private sector) between August 11 and September 7, 2016. Percentages for some questions are based on a subset, based on their responses to certain questions. With pure probability samples of 2,379 and 3,336, one could say with a 95 percent probability that the overall results have sampling errors of +/- 2.01 and +/- 1.70 percentage points, respectively. Sampling error for data from sub-samples is higher and varies.

CareerBuilder is the only end-to-end human capital management company covering the entire candidate lifecycle and employee lifecycle for businesses. As the global leader in its industry, CareerBuilder specializes in cutting-edge HR software as a service to help companies with every step of talent acquisition and management. CareerBuilder works with top employers across industries, providing solutions for talent and labor market analytics, job distribution, candidate sourcing, tracking, onboarding, HRIS, benefits administration and compliance. It also operates leading job sites around the world. Owned by TEGNA Inc. (NYSE:TGNA), Tribune Media (NYSE:TRCO) and McClatchy (NYSE:MNI), CareerBuilder and its subsidiaries operate in the United States, Europe, South America, Canada and Asia. For more information, visit www.careerbuilder.com.