#Tag5toSave5 Social Campaign: How You Can Be The Influence To Stop Distracted Driving 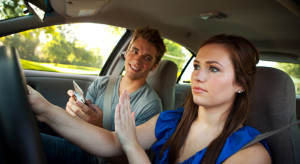 Be a positive role model to your friends.

I have written several articles on becoming a Cyber-Mentor, creating cyber-shields  and simply being there for someone when they are struggling – online or offline. Peer-to-peer mentoring is being a positive influence on them and being there when they need you.

We have also read the studies that say that parents are the leading influence for their teens.  Although they don’t like admitting it through their trying times, parents need to understand, they are the role models for their children.

It’s no different with teens and their BFF’s! Take the time to #Tag5toSave5.

What if the next few seconds you spend on social media could save a life? New research from AT&T released today shows how we can influence our closest contacts. And tagging these people on social may be the perfect way to get their attention. That’s why today, AT&T launched the #Tag5toSave5 social campaign.

The new AT&T research shows that while many of us have hundreds of smartphone contacts, 2-in-3 people have almost all or most of their smartphone communications with just 5 people. The research also showed that people and their “top 5” have a lot of influence over each other:

Earlier this year AT&T reported that nearly 4-in-10 use social media when they’re driving. AT&T is asking you to tag your “top 5,” whether it’s a best friend or co-worker, in a social post encouraging them to keep their eyes on the road, not on their phone.

Remember:  No post, glance, email, search or text is worth a life … It Can Wait.