How to Use a Smartphone to Combat Cyberbullying 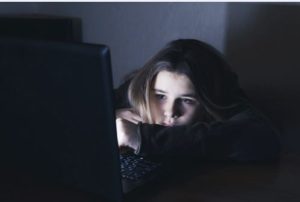 The facts about cyberbullying are sobering. More than 40 percent of kids say they have been bullied online, 87 percent have witnessed cyberbullying and yet only one in ten victims will report the abuse to an adult. Kids who are bullied are at greater risk for anxiety, depression, and in extreme cases, suicide.

Furthermore, kids spend the majority of their internet time on smartphones, making it the likeliest place for cyberbullying to take place. These statistics are enough to give any parent pause about arming their child with a smartphone and sending them out into the scary online world alone. Keeping kids offline altogether and forever denying them a phone of their own is near impossible and, in most cases, undesirable.

Instead of shielding children from smartphone and Internet use in an effort to prevent online abuse, use their phone as a tool to protect them. Here are three ways to use your kid’s smartphone to guard against cyberbullying:

The first piece of advice doesn’t require any technical know-how from you. A smartphone opens your child up to the internet and all the awesome and awful things that includes. And as you would with anything else potentially harmful or addictive, you need to educate and set limits for your kids. In addition to talks about topics like internet permanency, privacy and dangerous adults, talk to your kids about cyberbullying from friends and acquaintances, letting them know about trusted adults they can talk to about being bullied, what to do if they witness bullying and about acceptable and unacceptable behavior online. Consider limits on time and usage, like who your child can call, what times of day and where she can use the phone, what apps and websites are acceptable and what are the consequences for breaking the rules. Limits will help your kid from being consumed by their newfound freedom and let you keep a better watch over their internet use.

Most smartphones have privacy settings and child safety controls that will let you decide if you want to turn off features like texting or downloading apps, or restrict the websites they can visit. For example, using iOS on the iPhone 7, you can turn on parental controls through the Restrictions folder in Settings. Under Restrictions, you can turn off access to the social aspects of the Game Center or prevent apps from accessing your child’s current location. In the Messages app, you can filter iMessages from people who aren’t saved in your child’s Contacts. If your child is receiving harassing texts or calls, you can also block phone numbers or contacts in the Phone app.

Likewise, any social networking app should be at the highest privacy setting so that strangers are not able to view your child’s page or profile. Ensure that you have access to your kid’s social media pages by friending or following them, even requiring them to turn over their passwords, and let your kid know that you will be monitoring the accounts regularly. Knowing a parent has access will curb bullying behavior by your kid and let you watch out for it from others. Also, be aware that many kids have “finsta” accounts (fake Instagram), that they keep hidden from their parents.

The last way to use your kid’s smartphone to protect against cyberbullies is to download anti-bullying apps that can educate your kids on what to do if they or someone they know is bullied, help you monitor their online behavior and make it easy to report bullying to a trusted adult.

a) KnowBullying – The KnowBullying app was created by the Substance Abuse and Mental Health Services Administration and released in 2014. This app is an education tool that will open the discussion between parents and kids and give tips on how to deal with cyberbullying.

b) STOPit or Bully Block – Check with your child’s school to see if they participate in Stopit, which is an app that allows students to anonymously take screenshots of cyberbullying and send them to the administrative team. Similarly, Bully Block lets the user record and report bullies.