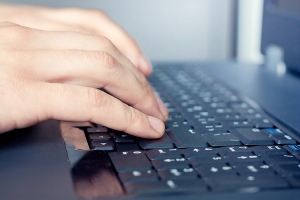 It’s hard for kids to think that the things they do now will matter later. But the reality is, those things will, especially if they have put them anywhere on the Internet. Sure, having a Facebook page is cool and fun, but kids and teens need to know that what goes on Facebook, stays on Facebook. Once something has been put online or sent out as a text, it’s out there, and unfortunately, there’s no getting it back.

Read on to find out more information about online reputations—and how you can protect your own and your child’s.

What You as a Parent Can Do

As parents, it’s your job to get this in your child’s head. Kids and teens need to know there are viable repercussions for posts, pictures, and texts they might publish. Parents need to let them know this. Explain to your kids it’s not as easy as deleting a post—or even an account—to get rid of something. Explain how fast things can travel through social networking and how easy they are to dig up.

Parents should monitor cell phones and computers and see what their kids are texting, emailing, tweeting, and posting. Let your kids know you’ll be doing this and make some surprise attacks as well. Reality is that as technology gets better, more of it becomes accessible to kids. When cell phones first became the norm for kids to have, you could still find one without texting or cameras; now you’d be hard pressed to get one of those. But set boundaries and make your child aware of what can happen—where that one picture could end up, or who may come across that Facebook post. 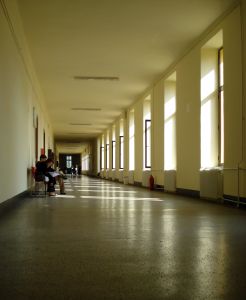 How Will This Affect Kids Later?

But really, what’s the big deal, your kid may ask. Who’s going to see it? Well, the answer is as simple as it is broad—anyone! Most employers now do a quick Google search on any potential employee, and they also take a look at Facebook pages. If your child has a bad online reputation, whether from pictures he or she has posted, or from posts that even mention his or her name, it can surface. And it can be ugly.

Imagine a potential employer looking at a few applicants. Does the one with the partying life on Facebook, the ugly comments directed at others, and vivid accounts of late nights and hangovers win over the one with the more professional online presence? Probably not.

It’s not just potential bosses that will look at online reputations, but so will the people who decide on college applications. What your child has put online over the years can have a huge impact on getting into a college of choice or not.

Though some future concepts are hard for kids to understand, it is vital that they keep clean online reputations. If a parent can simply impose the standard of “If you don’t want your potential boss to see it, don’t do it,” maybe there would be a lot less regrets of posts and pics on the Internet by kids and teens.

Special contributor:  Heather Legg is an author who writes on parenting tips, technology, and healthy lifestyles.