Culture Of Digital Cruelty Is Serious: Cyberbullying Is Not A Joke 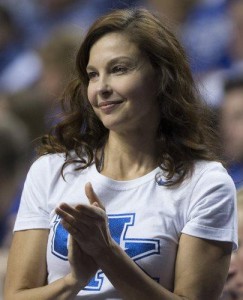 I am very offended when I hear people say – move on from it, it’s no big deal, or the latest came from talk show host Wendy Williams in her hot topics segment, when she felt that Ashley Judd is wasting her time in holding her Internet trolls accountable.

I am not saying that Wendy is right or wrong, I am saying she is not understanding what cyberbullying is  — as she asked her co-hosts, which is her studio audience if they agreed or disagreed with her.  She acknowledged they were a bit taken back.

When celebrities like Ashley Judd and Curt Schilling lend their voice to platforms like cyberbullying, it helps all of us that are screaming but are not heard.

What people like Wendy may not understand is – when Ashley Judd stated she wants to sue those cyber-trolls, many of us applauded.  Not because she was going to tie up the justice system (as Wendy is worried about), but because Ashley Judd financially can make these trolls accountable.  (Another words – she can afford attorneys).

Many people are defamed, slandered and liabled on a daily basis online – however since they can’t financially defend themselves, their trolls and defendants will never be punished.

When celebrities are willing to take others to court, we applaud them.  When people like Curt Schilling are willing to expose them – we are excited!  It is all about bringing attention to a culture of digital cruelty that needs to come to an end.

My theory is that with the recent statistics from PEW Research that 73% of adults that have witnessed online abuse and 40% that have been victims of it, some of the Wendy co-hosts know that feeling of helplessness and sadness of being struck by cyber-bullets which gave them that feeling of pause.

Monica Lewinksy recently launched her TED Talk.  We also need to applaud her for being a voice to this ugly monster of online cruelty.

According to the BBC, in a portion of her TED Talk she said:

“I went from being a private figure to being a publicly humiliated one worldwide. There were mobs of virtual stone-throwers.”

“I was branded a tart, a slut, a whore, a bimbo. I lost my reputation and my dignity and I almost lost my life.”

Yes, today these are cyber-mobs with gang-like mentalities. Like her or hate her – the fact is this sort of social behavior by others is unconscionable. We are living in a culture of digital cruelty more now than ever – and it is not only with our youth – it trickles from the top – yes, from the adults – as Monica is saying – these were grown-ups saying these vicious comments about her.

Who am I?  I am someone, unlike and like Monica Lewinsky, I nearly lost my career and emotional well-being at the age of 40 (as she is regaining hers) due to digital cruelty.  It was all in this same time period of the late ninety’s and early 2000’s.  Who knew that the Internet could literally control the destiny of your well-being?

I fought my way back in 2006 with the help of many friends and vindication through the legal system.  I was one of the fortunate ones – and I will never forget that – and always be that voice for those that are screaming and not heard.  You’re not alone – though I know first hand, it can feel that way.

Related article: Who Are Internet Trolls