Does Your Teen Need A Data Plan? 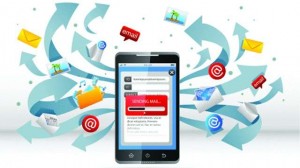 The holidays are here and many kids, especially teenagers, will be asking for new cell phones, iPhones and Smartphones.

Did you notice I said new cell phones since chances are very good your child already has a cell phone and wants the latest and greatest one now.

Let’s face it, we live in a tech-driven world and parents are almost as guilty as the teens.  I watch many adults out there anxiously waiting for the new iPad or iPhone, however the difference is most adults are working for their money and can afford to buy their electronic gadgets.

Back to teens and cell phones, I know I get a lot of grief for this, however I have yet to have a good answer.

Why do teens need a data plan?

Here are ten reasons to re-consider data plans with your kids:

Another factor that some families need to consider is cost.  There are some families that are struggling to pay for groceries every week yet they will give their kids a data plan.

Lead by example, your children will appreciate it when they become the parent.

Happy Holidays ~ Give your kids the gift of your presence……