Our Digital and Media Influences for Youth 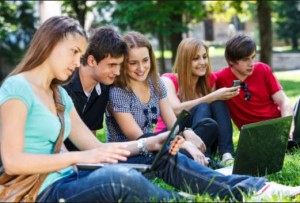 Who is your teen’s digital influences?

Tweens and teens spend about 9-hours a day on media.

This includes a variety of media entertainment such as– music, television, tablets, computers and of course mobile devices.

According to Common Sense, here are a few key findings:

What’s important to understand is no matter what form of media your child is interacting with, are you familiar with what it is?

Who or what is influencing them?

It may not be a video game that determines their employment future, but do you know if it is age appropriate for your child?

What music is your child listening to? Of course, it’s difficult to control all this, however with your offline discussions, ask them about the artists and music they like. Find out and learn more about who is influencing your child.

Interestingly is how the study relates to social media. It’s not always fun anymore. Why? For those that watched #Being13 The Secret Lives of Teenagers, you will see the stress of what some teens go through to be sure their pictures are perfect, or the struggles of online harassment, compounded with FOMO (fear of missing out).

Isn’t it time we find out who your child’s media and digital influences are?

It’s impossible to be with our kids all the time, but having frequent and consistent offline conversations about their media and digital lives will help them not only make better choices when you aren’t around, it also gives you an opportunity to learn more about their media lives.

Be an involved parent – you will have safer digital kids.