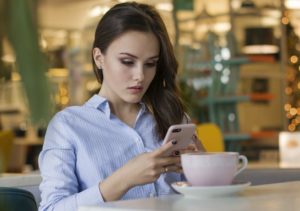 Since 2004 we’ve been recognizing Safer Internet Day as an initiative of the European Union.

The 2018 theme, “Create, connect and share respect: A better internet starts with you” is a call to action for every stakeholder to play their part in creating a better internet for everyone, in particular the youngest users out there.

In my latest book, Shame Nation: Choosing Kindness and Compassion In An Age of Cruelty and Trolling (Sourcebooks, October 2017) we interviewed contributors and experts from around the globe that shared their stories of digital disasters, some were victims of invasion of privacy and some fell prey to online hate.

One college student’s nightmare is a lesson we can all learn from (an excerpt from Shame Nation):

Around the time of the protests following the shooting of Michael Brown in Ferguson, Missouri, one twenty-year-old criminal-justice student in New York discovered that several racist slurs had appeared on her Facebook page. The trouble was, she hadn’t posted them. Still, they had been reposted to a Tumblr page called “Racists Getting Fired,” devoted to exposing alleged racists to their employers, and the rest of the world. The AMC movie theater where she worked started getting calls from people branding her a racist and demanding that she be fired.

Eventually, the true story was revealed: her page had been hacked by her ex-boyfriend, a Miami man who wrote the slurs to set her up, most likely by logging into her account. “I said none of those horrible words of hatred and racism,” she hurriedly wrote on her Facebook page. “Anyone who knows me, knows I would never in my entire life say anything like that.”

Sadly, it’s not just virtual strangers who can come along and humiliate you. It can also be someone who knows you better than anyone else. Friends today may be foes tomorrow. It’s better to never share your passwords with others, no matter how much you want to trust them. Even your boyfriend? I’d say, especially your boyfriend. As many women have learned with revenge porn, betrayal by a former partner is not uncommon. Also, don’t leave a public computer logged in to a social media site, giving access to someone unsavory looking to make comments via your profile. Have you ever left your phone unattended? Near a friend who has your passcode and a twisted sense of humor? That’s an oops moment you don’t want to have. Lock ’em up, your phone and your other gadgets. Those few free minutes occupied by someone else’s keystrokes could create years of scrubbing your digital landscape.

The takeaway: Never share your passwords, and change them frequently.